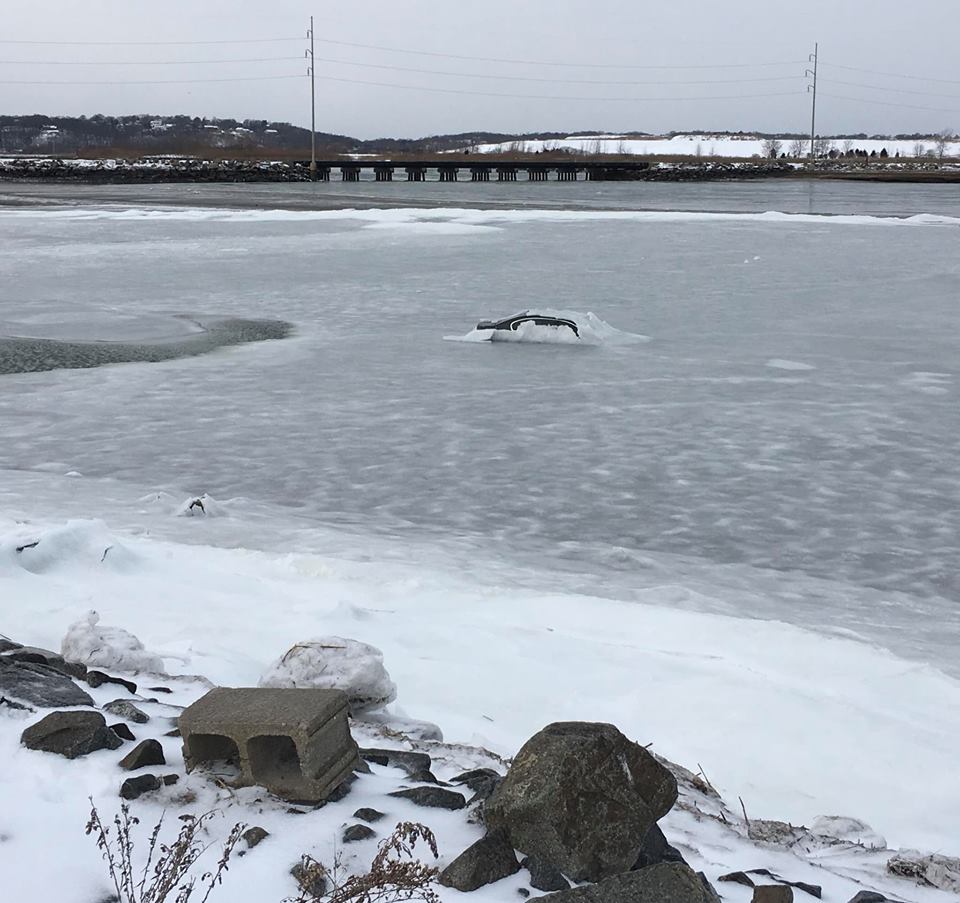 On Saturday, January 19th at approximately 8:57pm a box alarm was struck for a report of a motor vehicle in the water in the vicinity of 585 North Shore Road. The response included multiple apparatus and Marine 2, an inflatable zodiac, with two firefighters in dry suits. Deputy Chief Glen Rich was the incident commander. E5 was first on scene. Lt. Brian Doherty the officer on E5 stated he could see the car in the water on his approach. Lt. Doherty radioed his initial report to command “there’s a car floating in the water with a person on the hood”. With apparatus still in route Deputy Rich gave the order to launch Marine 2 immediately on arrival. Lt Doherty then instructed his crew to set up the hose line floatation equipment, with dry suits and bring them to the water’s edge while he went closer with a light to keep eyes on the vehicle and the party. The back river is known for its swift currents, significant tidal wash and its many sandbars. The freezing temperatures along with a water temperature of about 41 degrees further complicated an already difficult situation. Lt. Doherty noticed the vehicle was now sinking further and yelled to the man to get on the roof, almost immediately the car was out of sight and the next call was to “swim”. The man was now in the freezing water, desperately swimming toward shore from about 50 feet away. Deputy Rich now on scene noticed the victim struggling, Lt. Doherty made the decision to enter the water chest deep to reach the man and assist him to shore. The Marine 2 launch was cancelled by command. The 21 yr old Lynn man was immediately taken to the awaiting ambulance warmed and assessed for injuries. He refused further treatment or transport and was picked up by a family member. The vehicle removal was left to the Police and the tow company on scene.