Due to extreme temperatures on 2/4/23, the CHA Revere Mobile Market has been canceled. 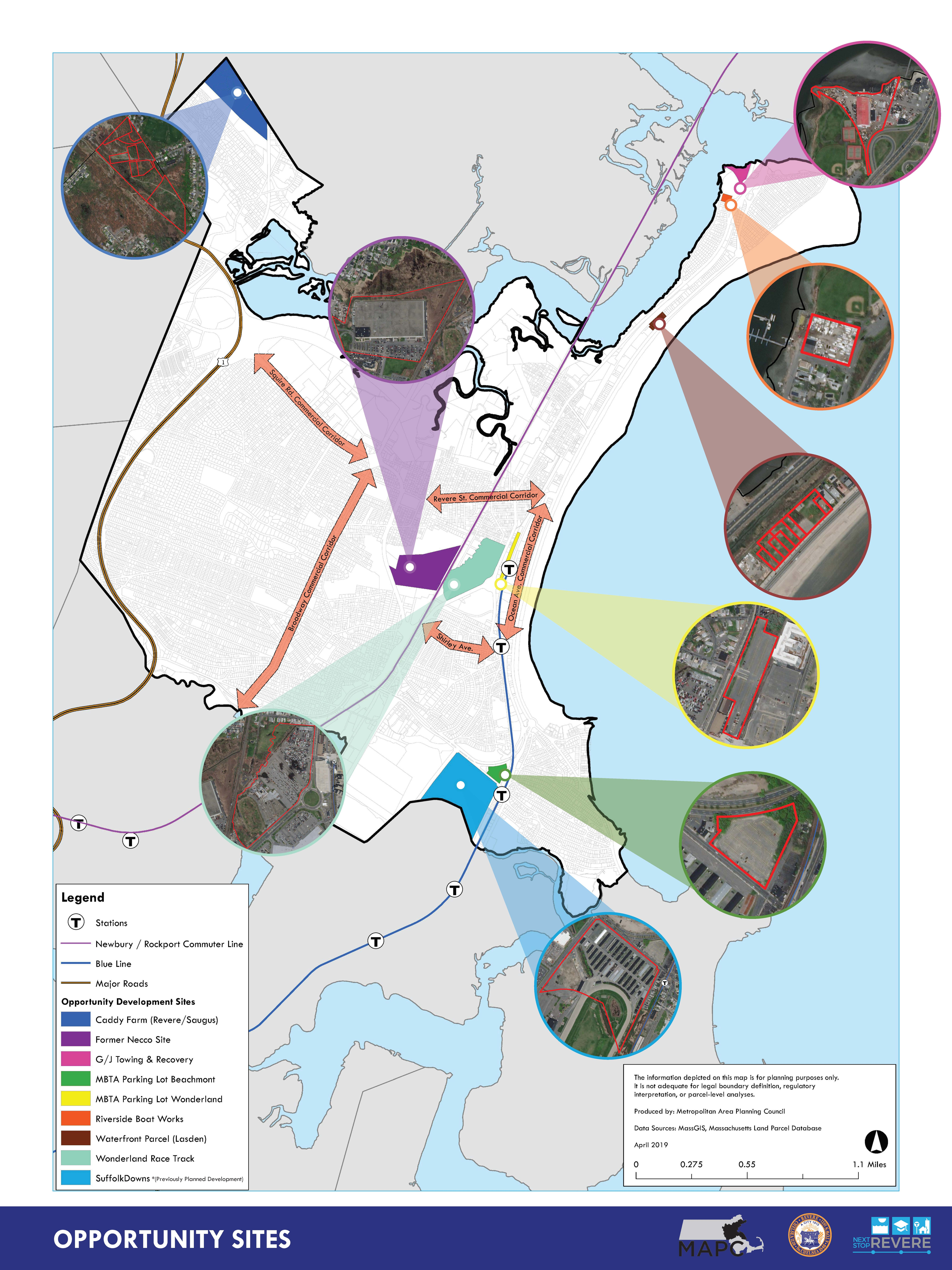 In addition to monitoring the development of over thirty distinct projects citywide in FY2019, the Office of Planning & Community Development, in collaboration with private development entities and public sector authorities, also plans for large-scale developments and long term initiatives. These include master planned sites, which are integrated communities that are planned at a broader perspective and typically include complimentary amenities and infrastructure investment; commercial and mixed use districts targeted for revitalization; large-scale vacant sites that offer robust economic development opportunities; and the Federal Opportunity Zones program.

The City of Revere has identified a city-owned, decommissioned fire station as a potential facility to be repurposed as a community arts center and has engaged the MAPC Arts & Culture Department to provide technical assistance in a community visioning process. This process will culminate with a Concept Plan authored by MAPC to guide the successful and sustainable implementation of a community space, informed by a thoughtful and participatory community engagement process.

MAPC will work with the City of Revere to convene stakeholders, establish a Project Working Group and develop and employ a community engagement strategy to understand the community’s needs and priorities for new community space in the City. With guidance from the Project Working Group, MAPC will develop this engagement to solicit feedback that represents the diverse communities living and working in Revere. Complementing this insight, MAPC will explore relevant case studies and investigate relevant operating models to inform use and programming recommendations for a future center.

The Point of Pines/Riverside Area Coastal Resiliency Feasibility Study is an integrated coastal protection initiative for the City of Revere. The study consists of six memorandums aimed to evaluate the flood vulnerability and potential mitigation options for the City.

Revere is An MVP Community

Waterfront Square. Waterfront Square, which includes contiguous parcels spanning from Revere Street to the MBTA Wonderland Station along Revere Beach, is one of the Boston area’s fastest growing neighborhoods. The development primarily consists of high-end residential complexes (two of which are already leasing) that are complemented by hotel and restaurant projects.

Suffolk Downs. Located along the Revere-Boston border, this 161 acre former horse racing destination will be transformed into a series of transit-oriented, mixed use neighborhoods. With 51 acres in Revere, the site’s opportune location near two Blue Line MBTA stations will add substantially to the city’s housing stock, commercial and office space, and active recreational and open space. 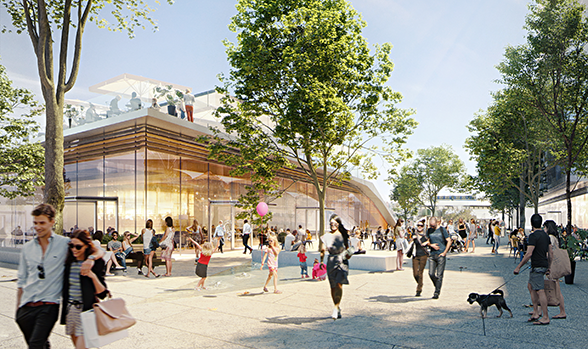 Creative District. To complement investment along Waterfront Square, the City is planning for further redevelopment efforts along the southern section of Revere Beach between Eliot Circle and Shirley Avenue. This new Creative District will contribute to the ongoing revitalization of historic Revere Beach into an attractive and robust commercial and recreational destination for residents, visitors, and businesses alike.

Broadway Business District. Revere’s Broadway corridor functions as a central civic, commercial, and travel artery for the city. Broadway is home to City Hall, multiple public and civic institutions, as well as an eclectic mix of small businesses and residences. Broadway constitutes a segment of MA-107 and provides direct, convenient connections to the neighboring municipalities of Saugus, Lynn, and Chelsea. 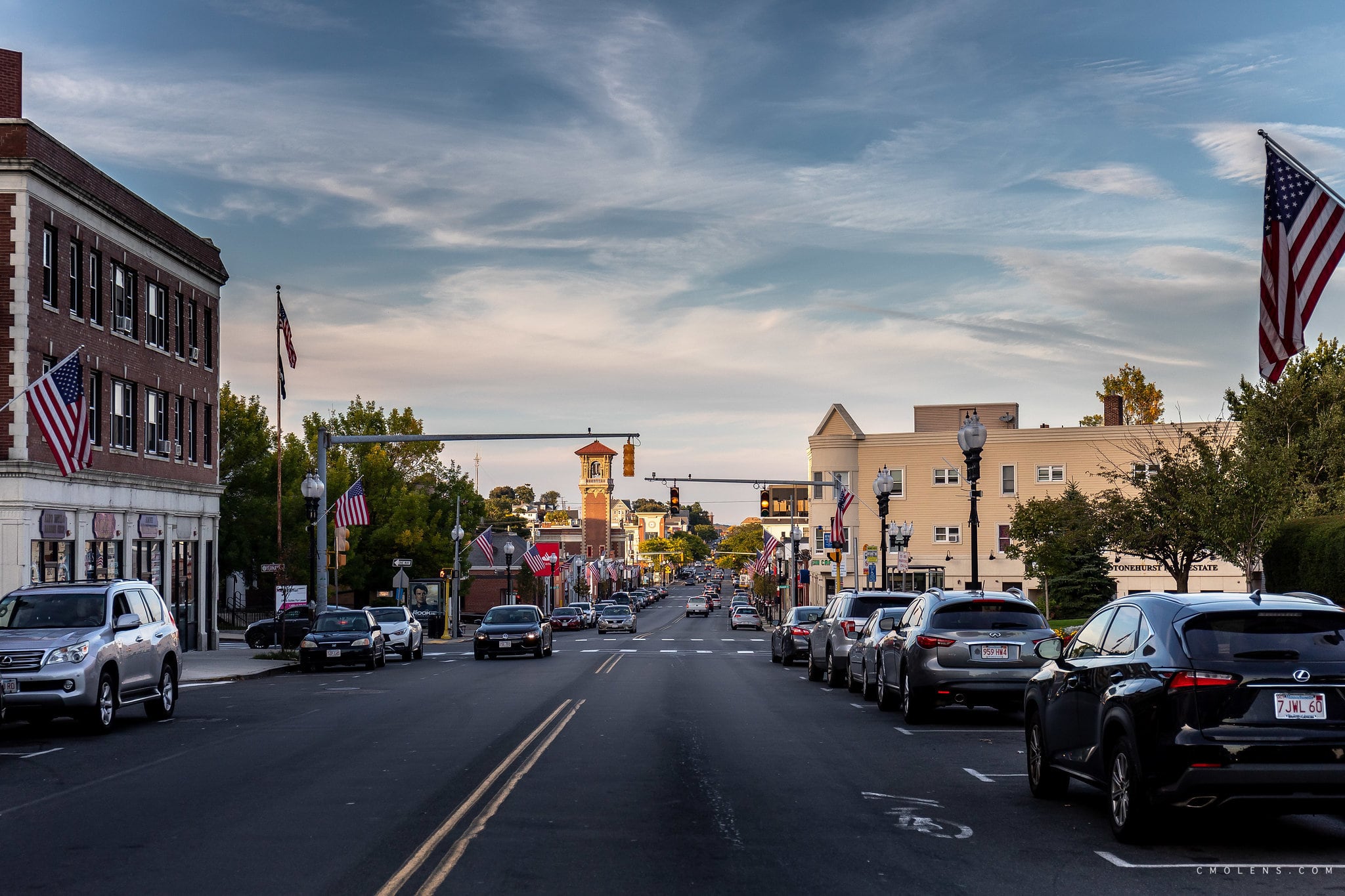 Shirley Ave. The Shirley Avenue district is a vital neighborhood commercial corridor that links Bell Circle and Revere Beach and provides connections to the MBTA’s Blue Line at Revere Beach Station. Shirley Avenue’s designation as one of the state’s Transformative Development Initiative (TDI) Districts in 2015 has leveraged substantial technical assistance along with public and private financing to support its ongoing revitalization. 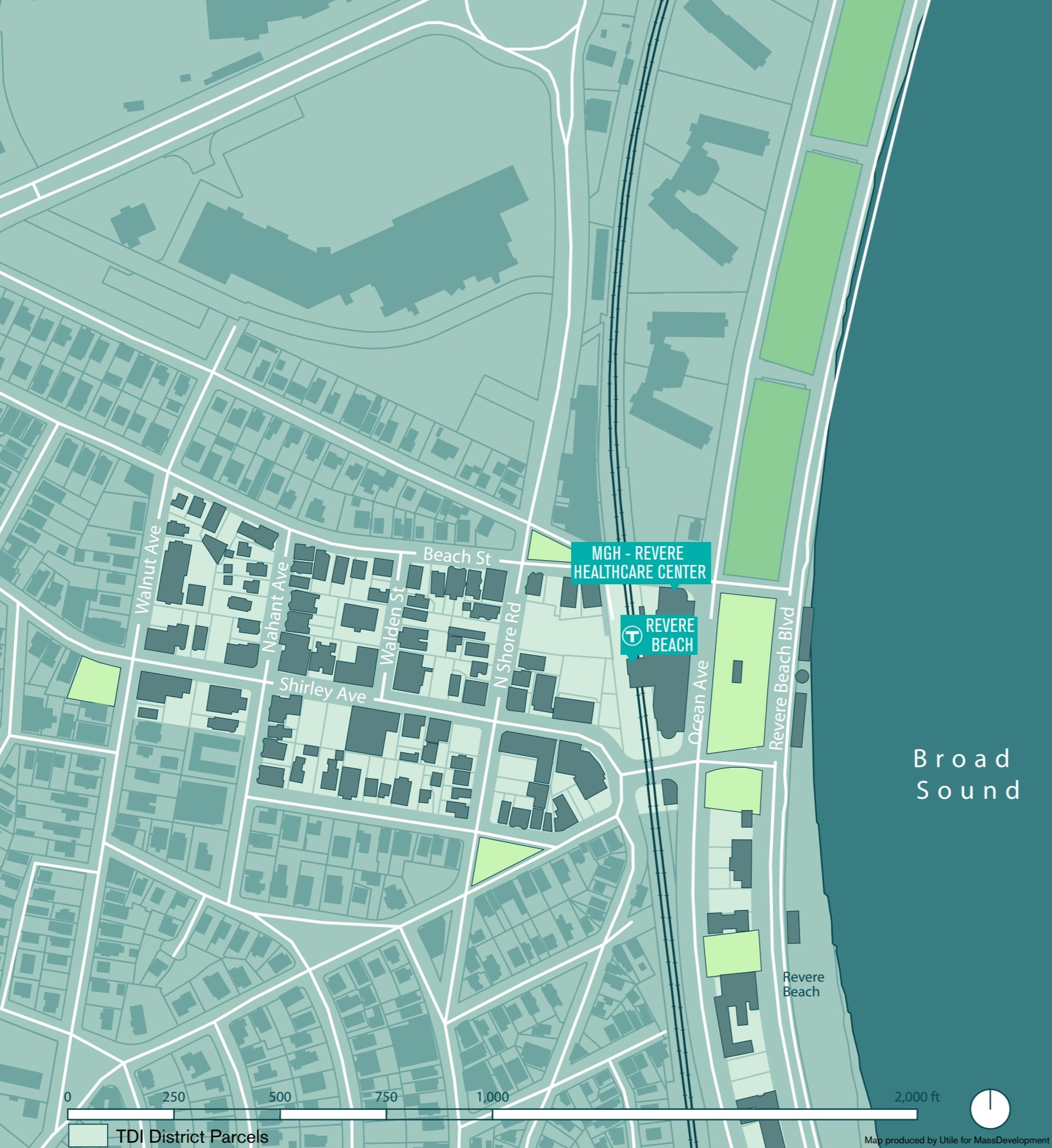 Caddy Farms. Comprising 30 acres in Revere and another 17 acres in Saugus on the former Weylu’s restaurant site, the Caddy Farms site holds significant potential for large-scale redevelopment that could bring considerable economic benefits for the City’s residents and businesses.

The federal Opportunity Zones program seeks to provide incentives for investment in low income communities throughout the country. The City of Revere has two such zones, census tracts 1705.01 and 1707.02, which include portions of Revere’s waterfront along Wonderland as well as the Shirley Avenue district and surrounding neighborhoods. These two opportunity zones are focused on facilitating transit-oriented development, housing, and positioning Revere as a workforce and innovation hub connecting Boston with the North Shore.