Stay informed about Covid-19 and the Vaccine Plan.Learn more

The data included below is provided to the public by The Commonwealth of Massachusetts. This page will be updated weekly as new data is provided.

The City of Revere is utilizing this data to inform direct outreach, messaging, and strategic initiatives to overcome existing disparities in vaccination. 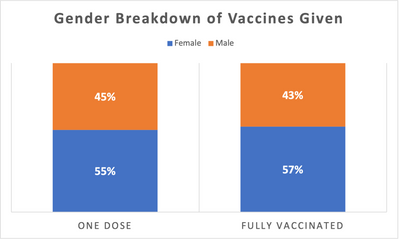 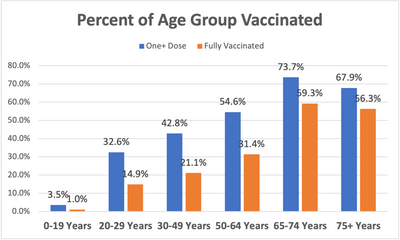 Vaccination as a Percent of Age Group 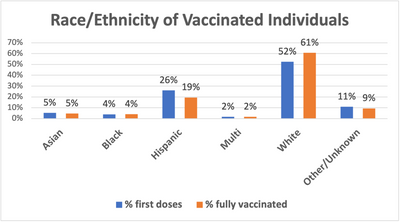 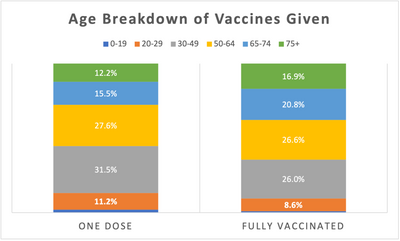 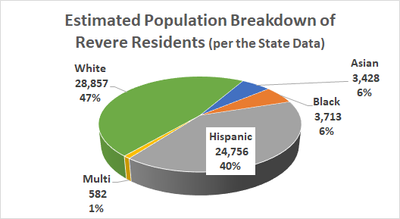 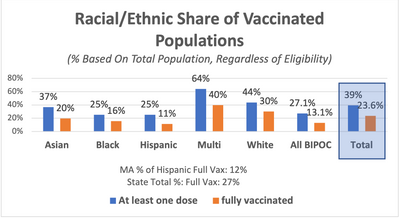 Contextual note regarding vaccine phasing distribution: Front Line workers are 68% White, and between 69 and 75% female. Massachusetts teachers are 92% white. We also know that life expectancy has gender, racial/ethnic, and income disparities, which impact the data presented.